Nick Knowles and his team (in case you haven’t seen it) arrive at a property where there is need and where the property that they live in is genuinely unsuitable for the owners.

We got a call to play a small but important role in the refurbishment of a home to help a family who were struggling to cope.

Before anything could begin we had to extract cold, damp insulation from walls and beneath the floor of the property so that all of the improvements would not be at risk of dampness and mould in the future.

We jumped at the chance, being fans of the show already! 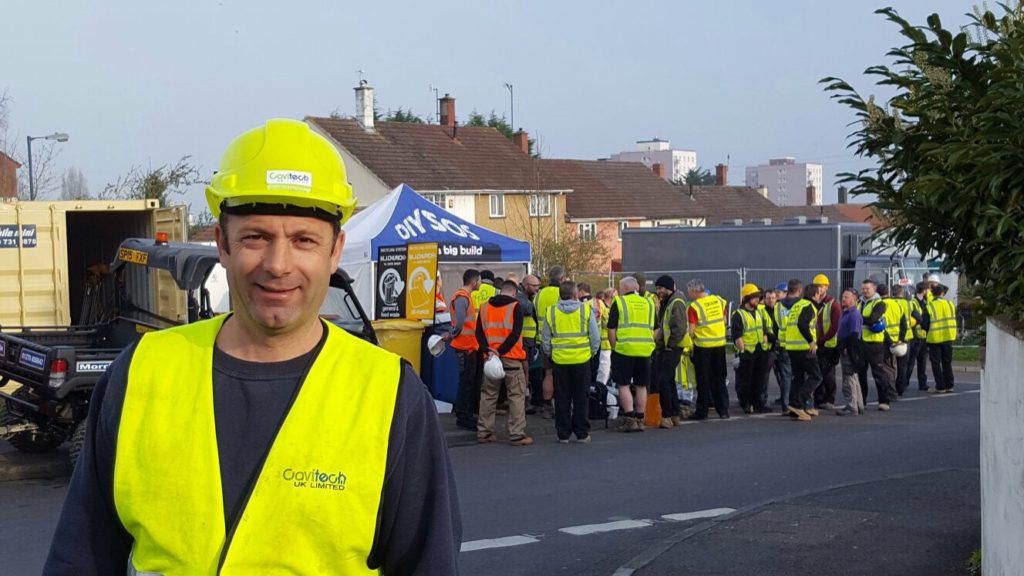 A few days later Neil and I were in the van on our way to Bristol from Worthing armed with industrial vacuums, compressors, generator and plenty of bags.

We’d been told about the catering so we arrived early and after demolishing a massive free breakfast we set to work extracting millions upon millions of damp insulation beads from the house which were bridging the cavity and causing the damp.

The show aired recently and I felt very proud to have been a part of it.